The long-term member of our Society Rolf H. Krauss passed away at 90 years of age on 2 January 2021. 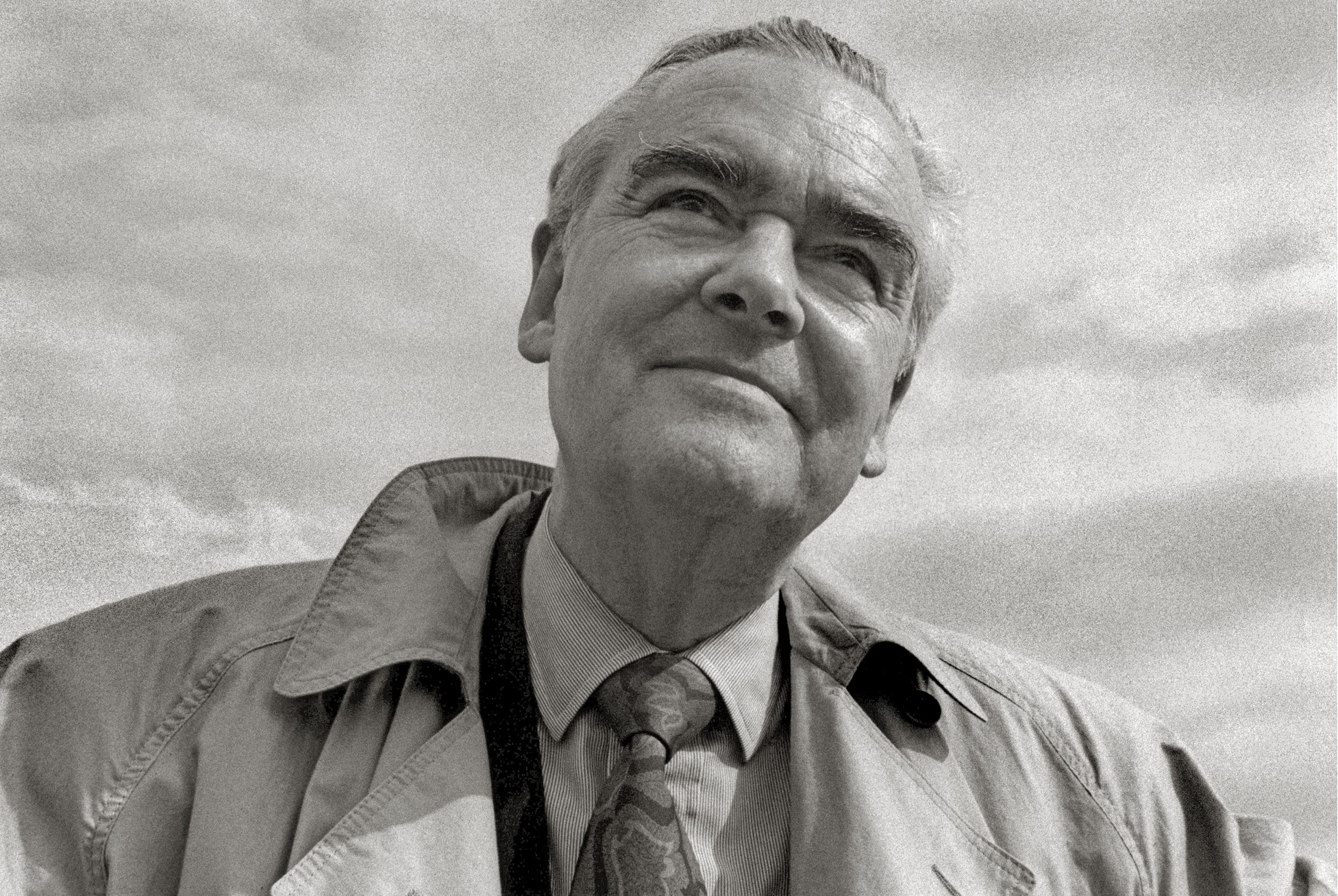 The long-term member of our Society Rolf H. Krauss passed away at 90 years of age on 2 January 2021. He had been a member of the ESHPh since its founding days and remained a highly esteemed colleague on the Society’s Advisory Board until the end of his life. His lectures and discussion contributions were highlights of our seminars and he also wrote several essays for the PhotoResearcher.

Rolf H. Krauss began studying state economy at the University of Munich in 1952 and graduated in 1956. After that, he became the third-generation manager of the photo shop established by his grandfather G. A. Krauss on Königstrasse in Stuttgart until he sold it in 1991. He was Chairman of the History Section of the German Society for Photography (DGPh) from 1977 to 1996 and made many contributions to the DGPh Intern newsletter, which he edited. Starting in 1991, Rolf H. Krauss studied art history and German philology at the University of Stuttgart and graduated with his thesis Photography and Literature – On Photographic Perception in German-language Literature in the Nineteenth Century in the year 1999. Krauss taught the artistic history of photography at the University of Stuttgart from 1999 to 2004. He was a tireless, highly-productive, author after1975.

Our former ESHPh President Anna Auer remembers Rolf H. Krauss as an “… always well-dressed, charming man with a noble disposition.” On the occasion of the three-day congress held in Vienna in 2008 to celebrate the thirtieth anniversary of the ESHPh, he created great interest with his enthralling lecture on Karl Ludwig von Reichenbach – The Ray Theory of the Magician from Cobenzl and Photography.” Krauss was fascinated by subjects like this that were more likely to be found off the beaten track of photographic history and he was just as keen to enter into a discourse with the critics of his theories. Regardless of whether it was a theory or a matter of curiosity, Krauss approached his subjects with scientific rigour. In his publications on humour and making fun of photography as seen in caricatures from the time of its invention, he refrained from making any utterance about his own – undoubtedly existing – amusement. What he did was meant to speak for itself – or, as the Swabians say, “it should be right”. He often expressed this as one of his strong motivations. In the end, however, he always had doubts about what he had published and asked himself repeatedly why, for example, his Ten Theses on Conventional and Conceptual Photography (1979; 1995) had been without consequences, had been so little discussed, and finally been entirely forgotten.

His personal collection – or, in his own words, the Dr. R. H. Krauss Collection – with its plethora of journals, incunables of book art, publications with pasted-in photographs, and just about every book dealing with photographic history or theory, formed the basis for his publications. The older specimens in this unique collection, which had been assembled over the decades with the assistance of many committed helpers, made it possible to obtain a profound insight into the literature of the photographic societies in German-speaking countries. The whole contemporary discourse on photography as an artistic and scientific medium could be found in his library. We enjoy thinking back over the many evenings we spent studying the fruits of the day’s research, delighting in the quirks and peculiarities of the scholars who had gone before us, as well as attempting to understand their theoretical constructs in the spirit of the time. The collector, who often made purchases on the spur of the moment, was repeatedly surprised and happy about any increase in knowledge. There are not many collectors (and this applies particularly to institutions that should actually have a strong interest in the history of the production and reception of their materials) who were as pleased over outside information on the historical persons and their networks as Rolf H. Krauss. However, he was not an avid enthusiast of the photobook. As a result, the number of publications in which photographs alone – and nothing else – told their story was limited in his collection.

Rolf H. Krauss was especially interested in colour reproduction processes. Against all kinds of resistance, he vigorously championed a publication on Hans Hildenbrand, a pioneer of Autochrome photography from Baden-Württemberg and his marketing strategies (cf. Adam, Hans Christian (ed.): Hans Hildenbrand – Hofphotograph und Pionier der frühen Farbfotografie. Haus der Geschichte Baden-Württemberg, Stuttgart, Ubstadt-Weiher, Heidelberg, Basel, Verlag Regionalkultur, 2018). Thomas Theye recalls his exhibition The Stolen Shadow. Photography as an Ethnographical Document (1989) as just one example of the many photographic projects Rolf H. Krauss supported and for which he must be sincerely thanked: “Without Krauss’ support and promotion in the Board of Trustees of the Munich City Museum, I – as a young lad with no academic-institutional connections or, as they say, without the right pedigree – would have never been able to get the job, which was also financially lucrative for its day, against all the other top dogs from Munich.” What Krauss supported was also meant to be impressive. In other cases as well, he was not without certain rather winning vanities: It is impossible to forget the surprise of his correspondence partners when they received a letter from him with a stamp showing his portrait on the envelope.

Krauss was a prominent collector for 56 years of his long life and gave revealing information about his activity in the area in his book Ich sammle, also bin ich (I collect, therefore I am) (2019). His most famous art collection, which he began in 1973, investigated the connection between artistic photography and Concept Art. The 350 works by 175 artists of both sexes were finally taken over by the State Gallery in Stuttgart. Krauss also provided individual artistic contributions – so-called “successions” – to the interaction between photography and art that were exhibited and published on many occasions. Animated by the joint work on the Bibliography of German-language Photo Literature, a truly comprehensive collection came into being; this was a library of photographic literature from its earliest days to the present in all of its historical and theoretical aspects. Over the many years of his collecting activity, Krauss assembled the16,000 individual titles of his collection of books with the basic concept of having them serve as a source for research.

321 hits on publications under his own name, as well as those of other members of the Krauss family, including the sales catalogues of his great-uncle Eugen Krauss, who invented cameras and distributed photographic accessories in Paris, and his grandfather Gustav Adolf Krauss from Stuttgart can be found on www.photocoll.de, the website that was opened in January 2021. These and the other volumes in the library were finally acquired as the “Library of Photography; Dr. Rudolf H. Krauss Collection” by the German Documentation Centre for Art History / Photographic Image Archives Marburg (DDK) as part of the Marburg University Library where it is intended to carry on with the work he began.