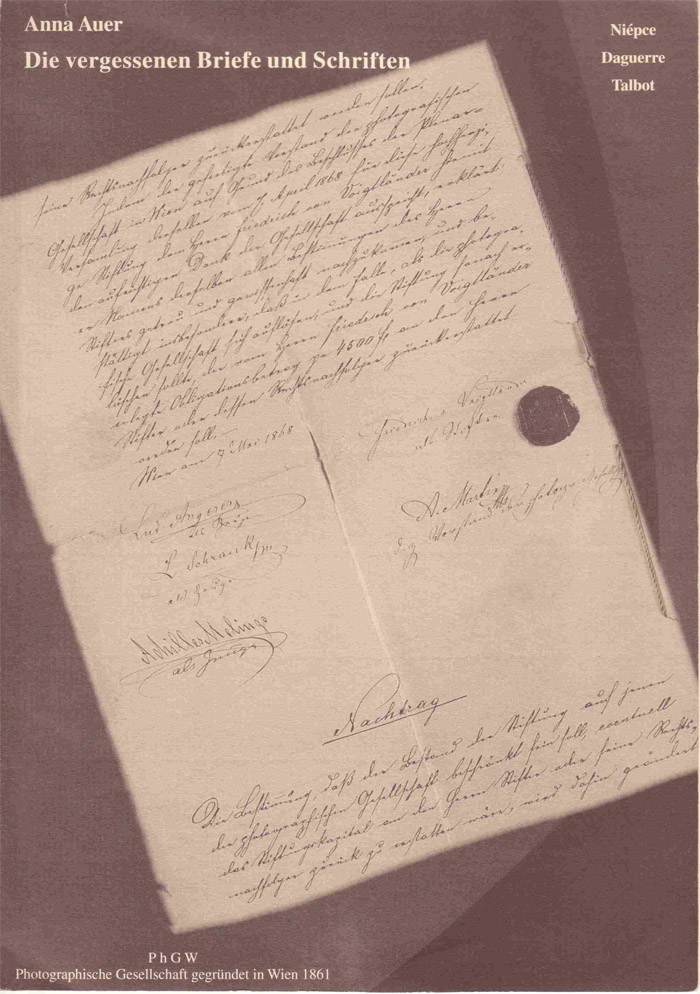 Anna Auer „The Forgotten Letters“ from 1997 is a compilation of 14 letters and 8 original manuscripts with an especially precious document: one page of the 17 pages draft of Joseph Gay-Lussac‘s speech in favor of photography, dated 30 July 1839.

All the letters and manuscripts are original contemporary documents by the three inventors of photography. They emerged from the Library of the Höheren Graphischen Bundes-Lehr-und Versuchsanstalt in Vienna XIV (GLV). The brochure contains 14 letters and eight original manuscripts which – so far – have never been published before. Here they are produced as facsimiles. Among the writings there is an especially precious document, the 17 pages long draft of the speech by Joseph Gay-Lussac, dated 30 July 1839, held at the Chamber of Peers in Paris to defend the invention of Daguerre.